Rome. Before the Capitol. 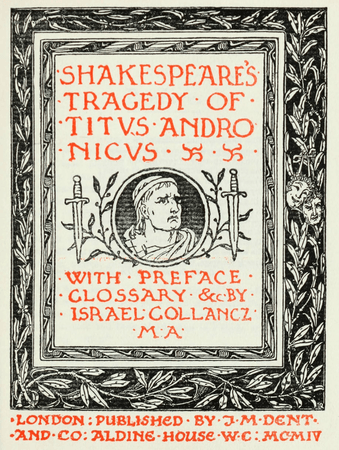 Now, madam, are you prisoner to an emperor

Detail from the Peacham drawing, aka the Longleat manuscript

This drawing is believed to be the earliest illustration of a scene from Shakespeare. If the drawing was created in 1595, as is asserted by some scholars, then it is the only known Shakespeare illustration created during the playwright's life. 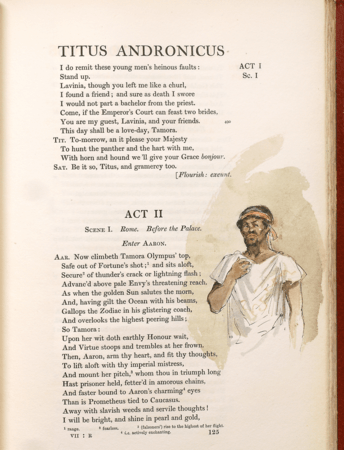 O, bless me here with thy victorious hand

From: The Henry Irving Shakespeare 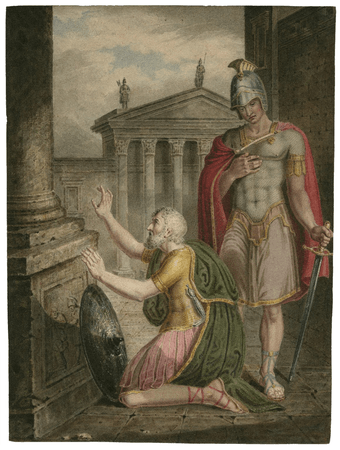 Proud Saturnine, interrupter of the good that noble-minded Titus means to thee!