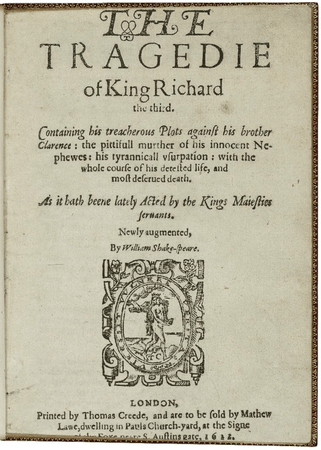 Title page for "The tragedie of King Richard the third", fifth quarto

The tragedie of King Richard the third. Containing his treacherous plots against his brother Clarence: the pittifull murther of his innocent nephewes: his tyrannicall vsurpation: with the whole course of his detested life, and most deserued death. As it hath beene lately acted by the Kings Maiesties seruants. Newly augmented, by William Shake-speare.