Another part of the woods.

Robin tells Oberon about giving Bottom an ass' head and Titania falling in love with him. Robin also says he put the love potion in “the Athenian's” eyes, still not realizing it was the wrong Athenian. Oberon is delighted with the news. Hermia and Demetrius enter, and Robin admits that Demetrius is not the man that Robin enchanted. Demetrius tries to woo Hermia, but Hermia is convinced that Demetrius has killed Lysander. Hermia exits. Demetrius decides it is best not to follow her while she is so angry. Instead, he lies down on the ground and goes to sleep. Oberon instructs Robin to find Helena and bring her to where Demetrius lies. While Robin does so, Oberon enchants Demetrius' eyes with the flower's love juice. Helena and Lysander enter. Lysander is still in love with Helena and she still believes he is mocking her. Their arguing wakes Demetrius who immediately also falls in love with Helena. Hermia enters and chaos ensues. Lysander and Demetrius argue over who loves Helena more. Hermia is baffled why Lysander has abandoned her. Helena believes all three are making fun of her. Eventually the situation degenerates into accusations, name calling, and threats of violence. With Robin aiding in the confusion, the fours lovers wander around separately in the forest until they all fall asleep. Robin applies the love juice to Lysander's eyes so that he will fall in love with Hermia when he awakes. 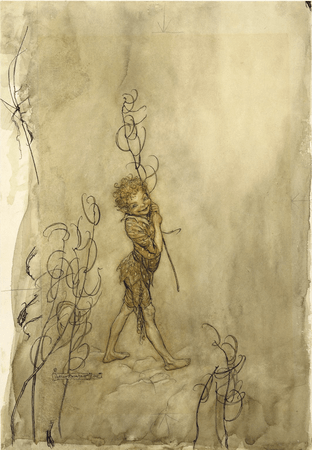 Lord, what fools these mortals be 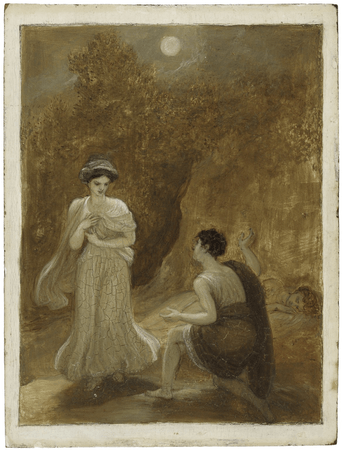 Look when I vow, I weep; and vows so born, in their nativity all truth appears.

Lysander declaring his passion to Helena 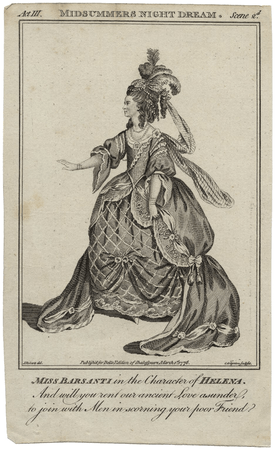 And will you rent our ancient love asunder,
To join with men in scorning your poor friend? 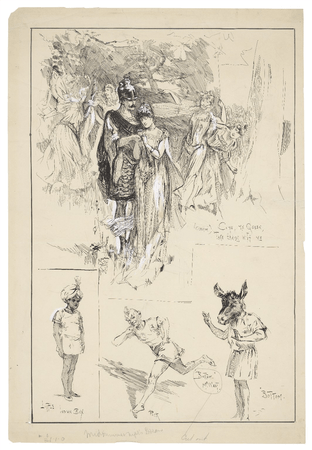 Scenes and characters from “A Midsummer Night's Dream” 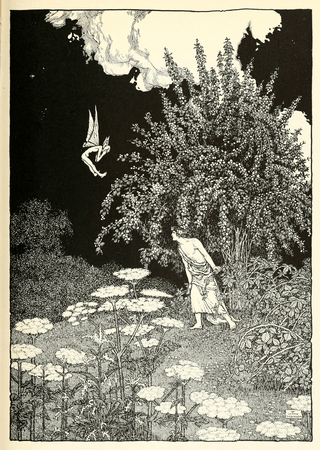 Thou runaway, thou coward, art thou fled? 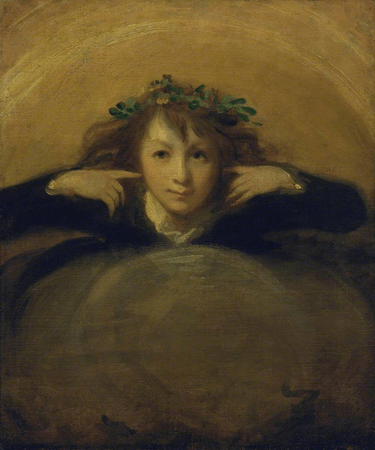 Believe me, king of shadows, I mistook 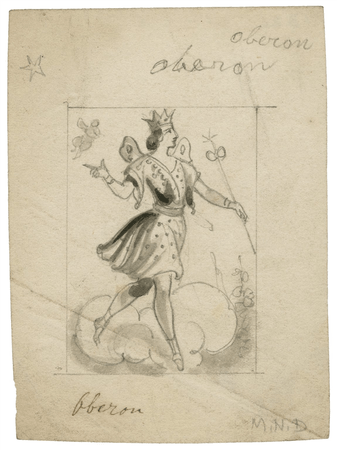 About the wood go swifter than the wind 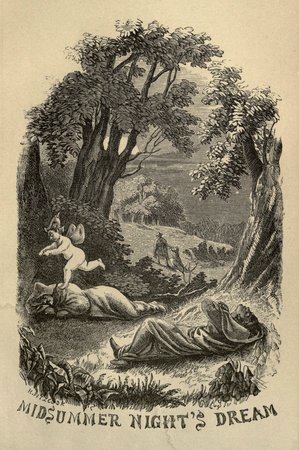 Captain of our fairy band, Helena is here at hand 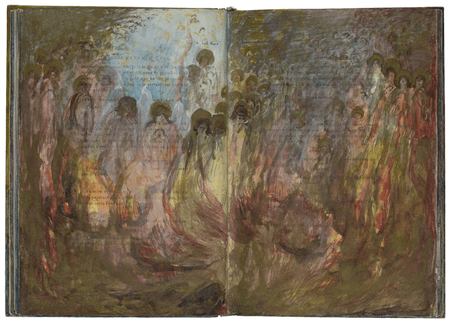 From: Illustrations to A Midsummer Night’s Dream